The Scot Beds His Wife by Kerrigan Byrne

ARC courtesy of netgalley in exchange for an honest review

Oh guys are you in for a good time with this one! The Scot Beds His Wife is an engaging and fresh good time that you won’t want to put down at all.

The Scot is Gavin St James, the son of a brutish and sadistic Laird Mackenzie who made his childhood a living hell. Since surviving the trauma that was Hamish Mackenzie, Gavin had that he wanted nothing to do with being a Mackenzie or being his son. He wanted to establish his own name and land and find women to actually love and be unlike his sire in any way possible. The way to do that is to acquire Erradale Castle, the Ross family estate, and make it his….but Alison Ross stands in his way.

Enter Alison Ross. Alison hasn’t been in Scotland since she was a child she lives in America and never wants to go to Scotland. The Mackenzie’s and the Ross’ have bad blood so she will never let Gavin St. James/Mackenzie buy her family estate from her. So when she decides to finally travel to Scotland to stop him formally she gets landed right in the middle of a train robbery.

Here enters Samantha Masters. Sam is married to a notorious train robber and on a heist gone wrong she ends up killing her husband to spare Alison’s life. And here is where the story begins! Alison gives Sam what she’s always wanted a new start and life, her life and off to Scotland she goes to stop Gavin and be free. But oh nothing goes as planned.

Guys this book surprised me so much! I didn’t think I’d like as much as I did. It was so well paced and expertly written. The story was truly unlike any Highland or Historical I’ve read recently. I’ve only read very few books where the protagonist is America so I loved that! Sam was so strong willed and sharp tongued she was never without a pistol or her determination. She falls very easily into her role as head of an estate. I loved reading about all her knowledge of cattle and pistols she was just so much fun. It was so unique to meet orphan Mormon runaway ex train robber Wild West shooter woman end up in the Scottish highlands and falling for brutish aristocratic Scot The idea sounds so Outlandish but it works!

I have to say that this had my all time favorite troupe hate to love! Oh they hated each other and I was HERE for it I giggled every time they bickered and watching Gavin get so flustered at this foul mouth pistol waving American was so amusing.

To Gavin, Sam/Bonny/Alison LOL is so outlandish and so other to anything he’s accustomed to that he very quickly decides that he’ll do whatever it takes to get her on her back as a means to an end for him to get Erradale. He is SO attracted to her but hates her at the same time and she hates him thoroughly that when they come together its so satisfying! Their chemistry was palpable and it kept me glued to my kindle.

I loved every single side character in this book. Seriously I had so many ships it was ridiculous. I won’t say much about them because I don’t want to spoil but I’ll just say: Eammon, Callum and Liam. Speaking of Liam while reading about his dynamic with his wife I kept thinking “wow that would make a great book I wonder if its next” and omg I had forgotten that this is series! And Liam’s book has already been written that’s defiantly at the top of my TBR now.

I have to give a shout out to the writing once again Kerrigan has a way of describing Scotland that left me breathless. And the way Gavin’s blooming love is written was nothing short of perfect. It really glowed through the writing how much he admired her and cared for her imperfections more than anything else. I’m so happy that I gave this series another try and I’m beyond thankful for the publisher for approving me for this ARC! 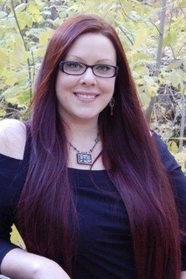 One thought on “The Scot Beds His Wife by Kerrigan Byrne” 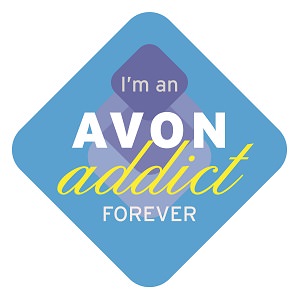